It’s a dream that has been simmering for some time now: it’s finally coming true as we celebrate the 40th edition of the Festival! We sought to diversify our sites and locations and meet new people. In collaboration with the new Cultural Policy of the Ville de Montréal and the new Development Strategy of Tourisme Montréal, the Festival is radiating its musical offering beyond its old boundaries, sending it further afield to new locations, opening up to new neighborhoods in the city, where we hope it takes root. In addition to occupying its central site in the Quartier des Spectacles with its large gatherings, indoor shows and family activities, we’re bringing the party to other parts of the city, offering equally wonderful, diverse and free programming, along with original experiences, all of it tailor-made for the borough.

It was Verdun that came to the fore to inaugurate this new concept. The great dynamism of the borough, the enthusiasm of the sector’s merchants and partners, including the SDC Promenade Wellington – a street that reminds us of the very first years of the Festival on St. Denis – convinced us that this was the perfect neighborhood to kick off this wonderful new initiative. Verdun artist Eric Santerre will be invited to come paint in situ every day from 5 to 7 p.m. accompanied by 4 emerging artists to paint alongside him, an initiative presented by Groupe Banque TD. Festival-goers will get to meet him and even unleash their own artistic streak. The creations of guest artists Anna Sliz, Marie-Julie Gauthier, Charles-Olivier Tremblay, and Carolyne Frigon will be given to the community.

The free programming developed especially for the Verdun site is made possible thanks to the commitment of our major sponsors, in particular TD Bank Group, Rio Tinto and Loto-Québec, as well as the Government of Canada, the Government of Québec, Ville de Montréal, Tourisme Montréal, the Borough of Verdun and SDC Promenade Wellington. 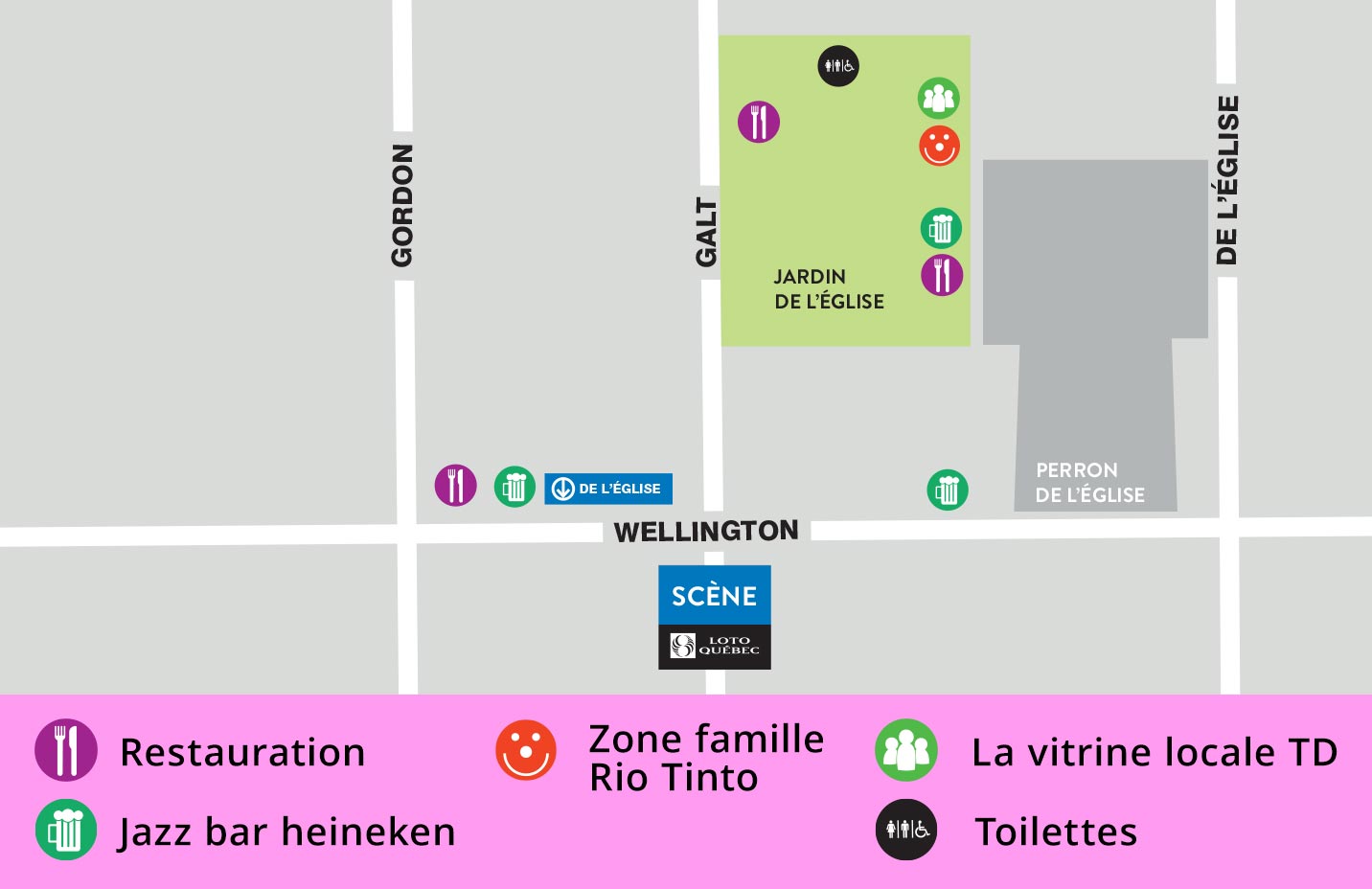 How to get to the Verdun site

The event will be centre around Wellington Street between De L’Église and Gordon Streets.

Throughout the event, security and first aid teams will be onsite, along with rest areas and food kiosks for all festivalgoers.

How to get here:

De L’Église metro station
Bicycle: accessible by a number of bike paths.
The site and the Jardin de l’Église will be open from 4:30 p.m. to 11 p.m.,
From June 27 to July 6 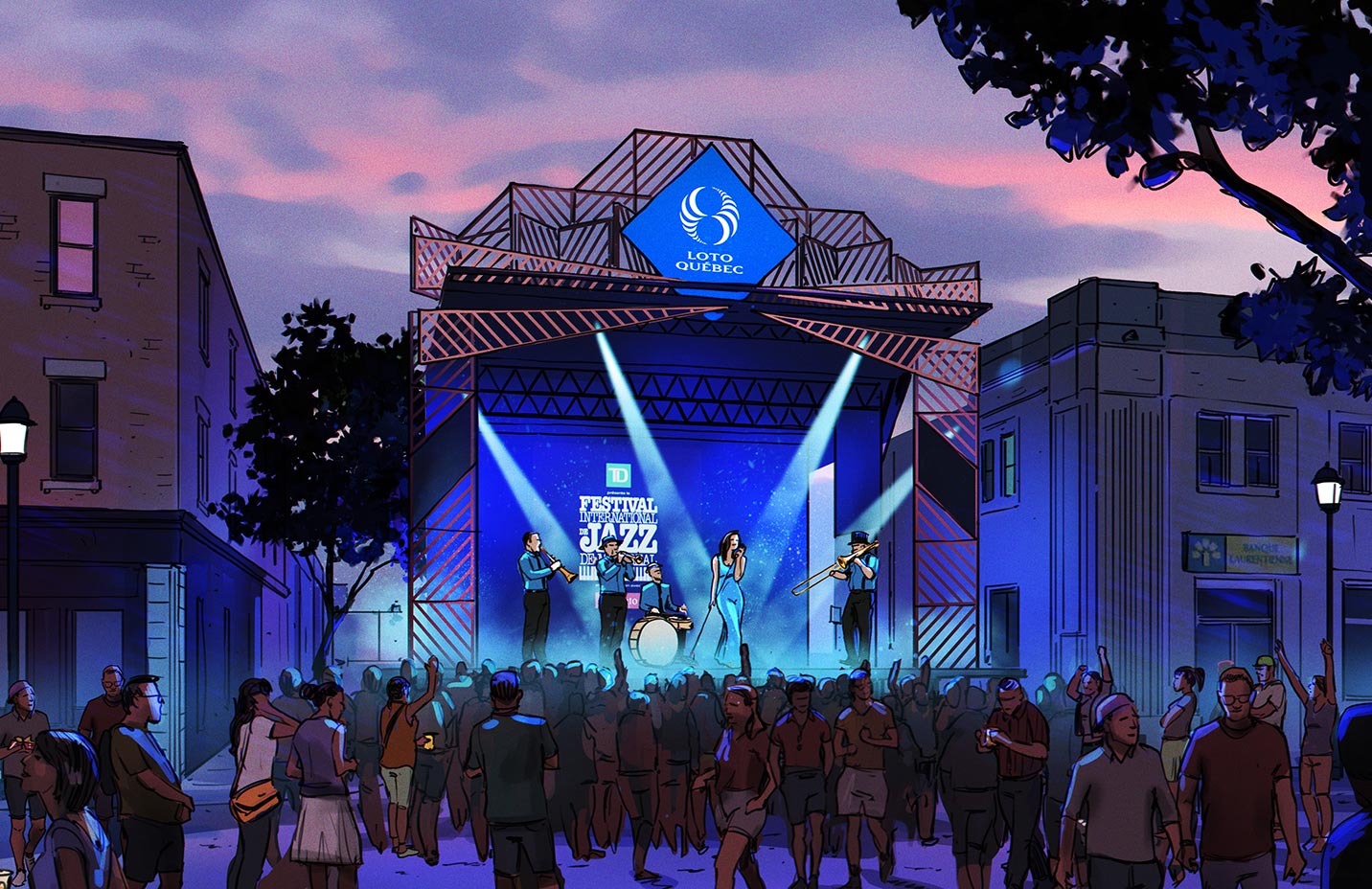 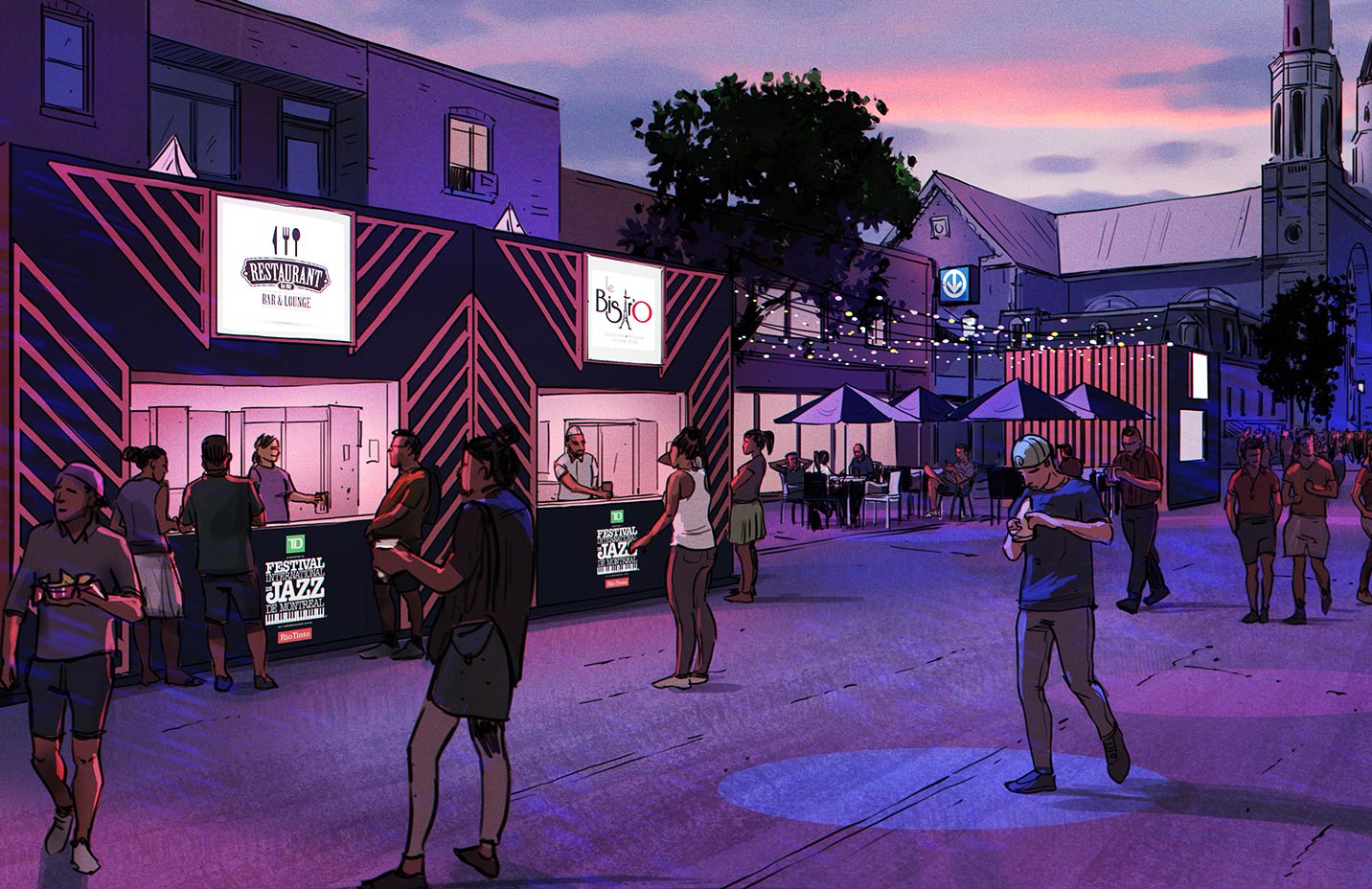 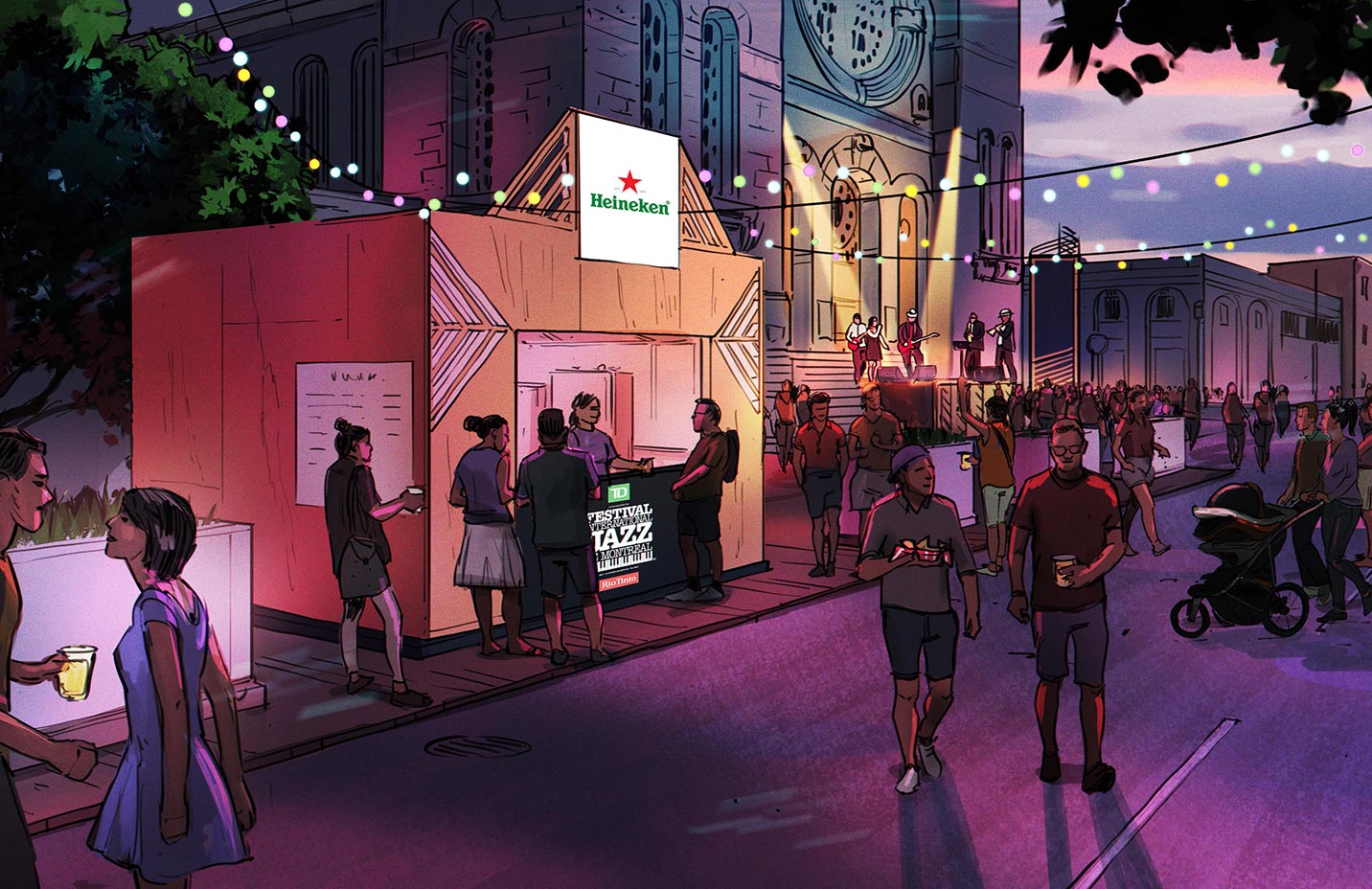