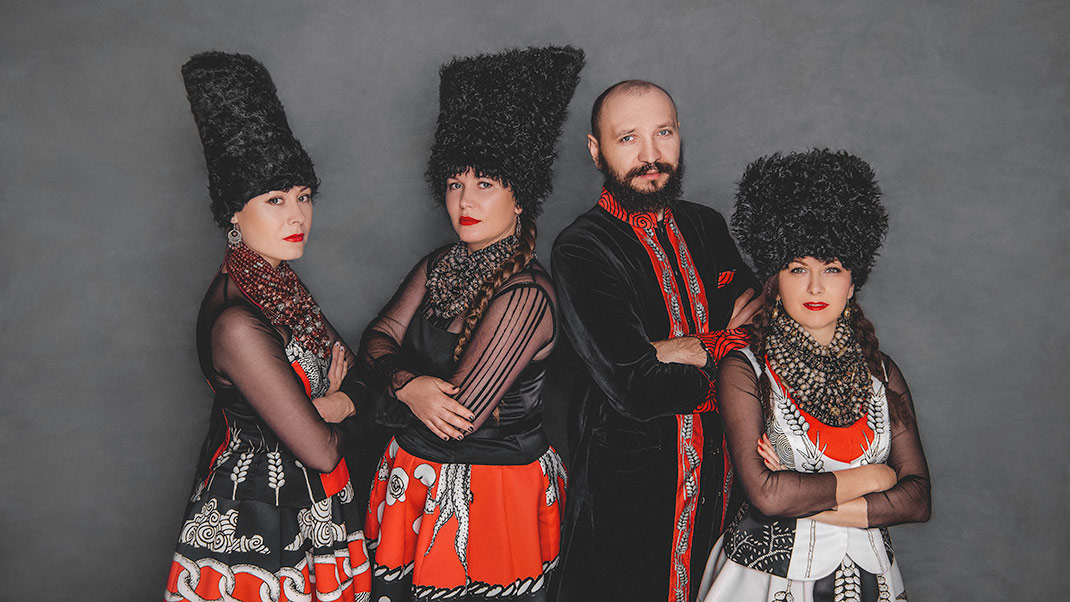 Founded in 2004 at the Kyiv Center of Contemporary Art “DAKH” by the avant-garde theatre director Vladyslav Troitskyi, the band experimented with Ukrainian folk song before adding rhythms of the surrounding world into its music, thus creating its bright, unique and unforgettable sound.

They began their ascent in the international music scene in 2011, after being discovered by the WOMADelaide festival, in Australia.  They have since played more than 300 concerts and performances all around the world.