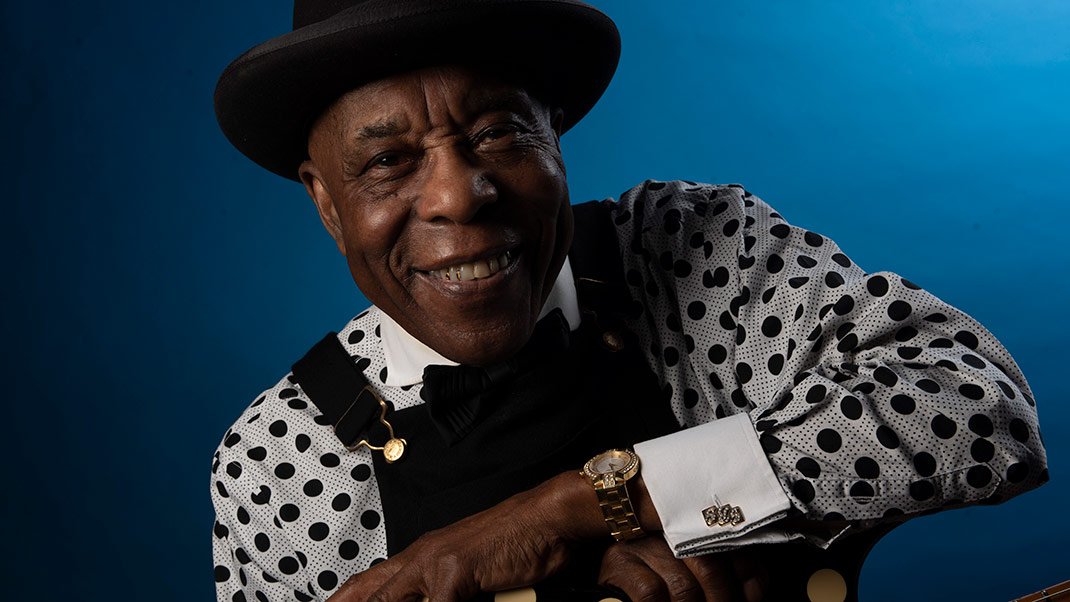 At age 86, Buddy Guy is a Rock & Roll Hall of Fame inductee and the recipient of many awards including 8 GRAMMY, a Lifetime Achievement GRAMMY Award and 38 Blues Music Awards, the most received by any artist.

“He was for me what Elvis was probably like for other people,” said Eric Clapton of him at his Rock and Roll Hall of Fame induction in 2005. In 2021, PBS American Masters released “Buddy Guy: The Blues Chase the Blues Away”, a documentary following his rise from picking cotton in Louisiana as a child to becoming one of the most influential guitar players of all time.