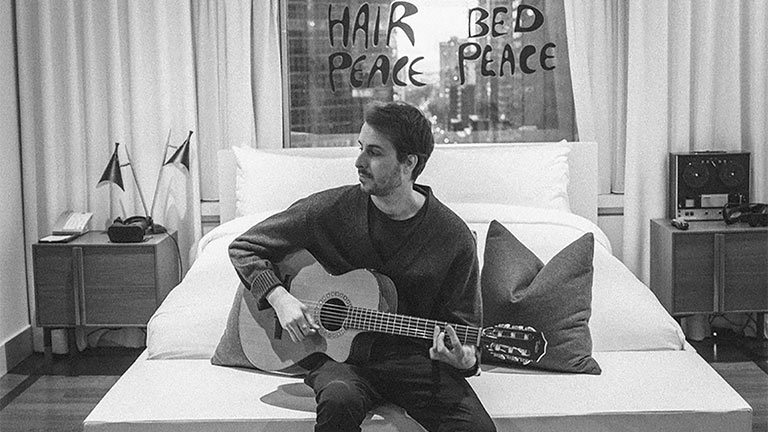 Bobby Bazini spent early 2020 touring the world in collaboration with the legendary Montreux Jazz Festival and Fairmont Hotels. Little did he expect to be performing his next headline show from a famous suite at Fairmont Hotel The Queen Elizabeth near his home in Montreal. To mark these historic times and incredible circumstances, Bobby will be performing his debut live streamed show from the same suite that John Lennon & Yoko Ono hosted their Bed-in for Peace back in May 1969. Of the show Bobby says “I wanted to bring my band back together in a venue unlike any other to mark the times we live in but also give a message of hope to my fans and in the name of live music.” Unlike when John & Yoko recorded ‘Give Peace A Chance’ in Suite 1742, there will be strict social distance measures in place so the bed might be a little less populated, but the room will bring live music to life again.