Out of concern for preserving the environment, the Festival is more focused than ever on its duty to reduce its ecological footprint. As a pioneer in sustainable development in the events sector in Montreal, the Festival launched its first environmental initiatives in 1989 in concert with Recyc-Québec and Alcan, and has conducted recycling initiatives with a number of different partners since 2002. It is undeniable that, through its actions and in its role as a cultural engine, the Festival plays a role as a model and leader in promoting sustainable and inclusive development. 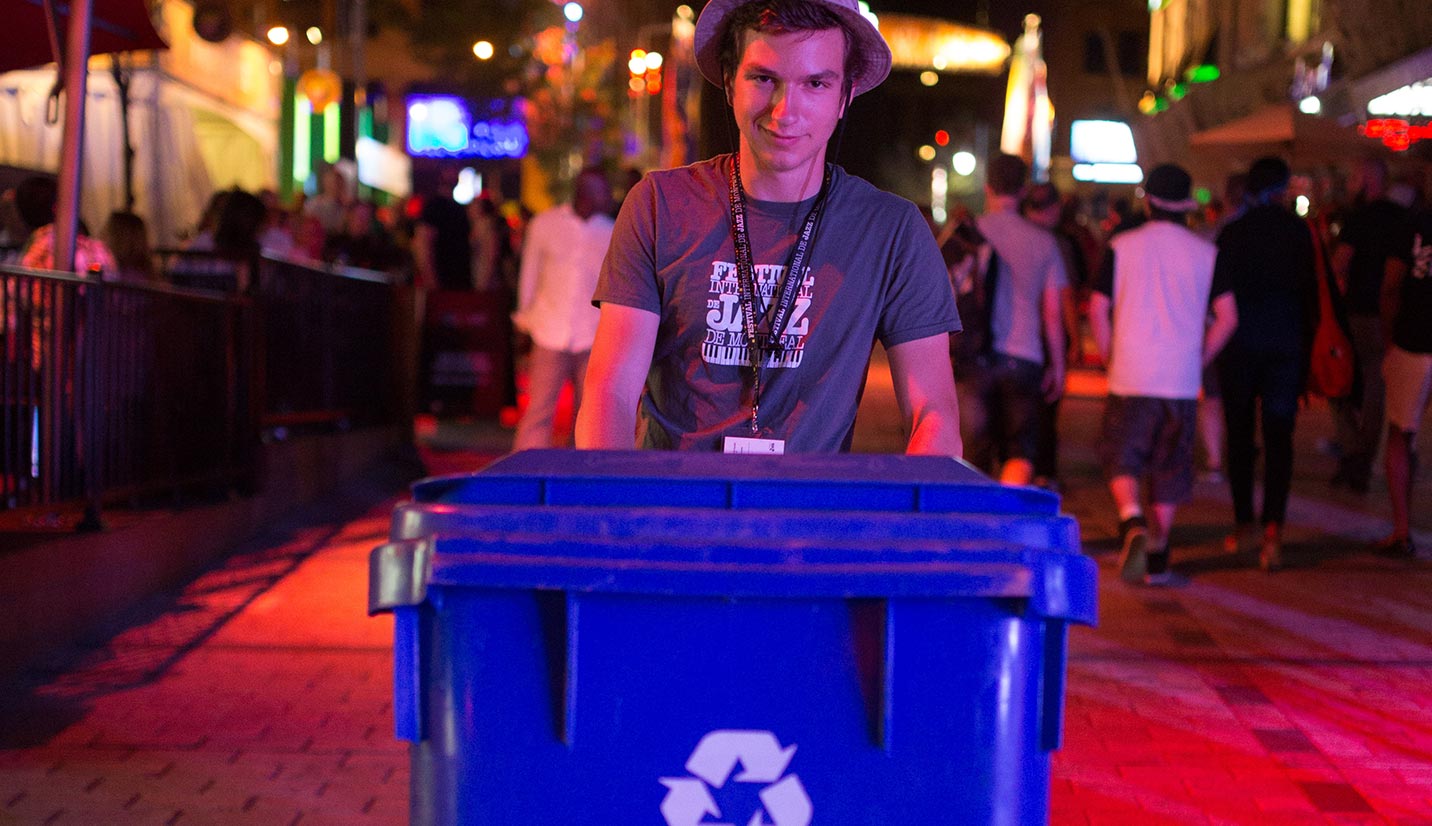 Thanks to our partner, Naya, we provide our employees with reusable bottles on the site, enabling us to conserve over 30,000 water bottles.

Endowed with an annual budget of approximately $24M, the Festival generates economic spinoffs of close to $48.5M, derived in large part from spending by tourists visiting specifically to attend the largest musical event in the world—with an annual attendance now reaching 2 million visits. In addition, Festival spinoffs provide our federal and provincial governments with $10.3M in annual tax revenue. This illustrates how the Festival returns much more to the society than it receives in subsidies—about 16% of its budget.

Since 2008, measures to reduce usage at source have enabled us to reduce materials generated on the festival site by more than half.

The 5th Anniversary Award was presented to the Festival for its continuous commitment and its constant desire to improve its sustainable development initiatives every year. Watch video.

The organization Kéroul gave the Festival International de Jazz de Montréal an Accessibility certification for persons with a physical impairment.

The Festival International de Jazz de Montréal was presented with the 2013 Grand Vivat award for its outstanding achievements in responsible management in Quebec.

In recognition of the perseverance, ingenuity and creativity of its efforts in “going green”, the Festival was awarded the 2009 Prix du Tourisme durable.